As a part of the independent review process and ongoing compliance requirements, transaction monitoring is something that is often overlooked by Money Services Businesses (MSBs). The fundamentals of transaction monitoring are implemented systems to identify and protect institutions from transactions that are not compliant with The Bank Secrecy Act (BSA), Anti-Money Laundering (AML) and Office of Foreign Assets Control (OFAC).

Transaction monitoring and analysis tools are important for both reviewers and MSBs during the review process, as well as for MSBs to have the ability to monitor activity throughout the year.

FinCEN states that, “All the individual transactions a financial institution has knowledge of being conducted by or on behalf of the same person during a single business day must be aggregated.” This means that a business with multiple locations, products and services should aggregate all of their transactions together to identify if any compliance thresholds are met and if any reports need to be filed.

New York has a history of setting a precedent when it comes to regulating financial services centers (FSCs) and MSBs. The New York State Department of Financial Services (NYS DFS) Regulation Part 504 requires all financial services centers to certify that they have adopted a transaction monitoring system. We don’t know when, but we anticipate more states to follow suit.

Examiners are using more sophisticated tools than ever before, allowing them to identify considerably more suspicious activity than compared to using traditional pivot tables to cross reference data. You, as an MSB, want to make sure you have a quality process capable of aggregating and monitoring activity throughout the year. If you don’t, it will be apparent your Independent Review is completed.

An effective transaction monitoring system should facilitate the prevention, early detection and correction of mistakes and problems before they develop into major problems for the company. Manual monitoring systems can also be affected by the biases of employees, reviewers, and auditors who examine transaction records.

What to Look for in a Transaction Monitoring System

You want a Transaction Monitoring system to aggregate, analyze and detect.

The system should aggregate across multiple locations, brands and products.

It’s one thing to aggregate data, but you want a system to analyze and interpret the information you put into it. Therefore you want a system that can build in custom business and compliance rule-sets that fit your business’ risk threshold.

Your monitoring system should be able to incorporate your company’s rules to detect high risk activity such as structuring, smurfing and flipping.

Linking a single customer’s data across multiple platforms can be difficult. Monitoring systems should be smart enough to identify similar names and customer data from multiple databases. For instance, if you are using two Point-of-Sale (POS) systems, or one system for check cashing and one system for wire transfers,you should be able to pull that information together and identify if the transactions are coming from the same person.

As an example, a monitoring system should recognize that John Smith and John A. Smith are the same person if they also have the same phone number and live at the same address.

This eliminates a step if your system is integrated to the BSA e-filing website so you’re not double entering information when it is already available to you in your POS system(s).

Real-time aggregation is a bonus if you can invest the time to integrate your POS systems directly to your monitoring tools.

Who Needs to Monitor Transactions?

We believe that all of the following need to be monitoring transactions on an ongoing basis:

As an MSB you should be aggregating and monitoring your MSB activity on an ongoing basis. It is expected by regulators and will be tested by your examiners.

For additional information about Transaction Monitoring, please feel free to inquire about a demo on Compliance IQ, our proprietary aggregation and analyzation software. 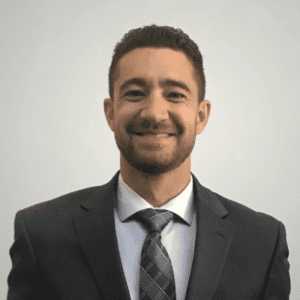 I am a Bay Area sports fan, have a passion for playing soccer, enjoy drawing and love spending time with my family.