Does the Government Support Money Laundering for the Rich?

Does the Government Support Money Laundering for the Rich?

International entities and the US government have gone to great lengths to protect its citizens through the Consumer Protection Financial Protection Bureau (CFPB) and against money laundering with the USA PATRIOT ACT, but what are they doing to help stop money laundering amongst the rich?

The Panama Papers have brought to light that the top 1% of the world was laundering money through “shell companies” in Panama. A law firm, Mossack Fonseca, set up tax havens for the richest and most elite of the world in order to hide, launder, facilitate bribery, drug trafficking and evade paying taxes in their own country.

The ICIJ has reported that the leaked documents consisted of “11.5 million records, showing how a global industry of law firms and big banks sells financial secrecy to politicians, fraudsters and drug traffickers as well as billionaires, celebrities and sports stars.”

So far, amongst the many implicated are Lionel Messi (Argentine professional soccer player), Vladimir Putin (President of Russia) and Rafael Caro Quintero (head of the Guadalajara drug cartel in Mexico).

The first casualty was Sigmundur David Gunnlaugsson, who stepped down as Prime Minister of Iceland on Wednesday, April 6, 2016 after 70,000 protestors demanded his resignation. The Prime Minister of Brittan, David Cameron, has also admitted that he was a client of Mossak Fonseca and is the beneficiary of an inheritance connected with the law firm.

If you think that money laundering is victimless crime, think again. As we have just learned, the folks that have been implicated had vested interest in keeping their earnings from the government to either evade taxes and/or traffic drugs.

These shell companies helped contribute to crime, drug trafficking, international and domestic terrorism and kept billions of dollars away from the homeland economy.

The MSB community has been under strict scrutiny for the last 15 years and knows all too well the wrath of non-compliance. Domestically, the rules and regulations are stringent and constantly changing to combat and protect against money laundering.  Internationally, the loopholes are evident.

There are compliance standards for offshore billings, but it is up to the individual or corporation to comply and file their taxes appropriately. If caught, there are serious implications that include steep fines, seizure of assets and jail time.

Currently, offshore money is easy to hide through bearer accounts and non-disclosure of beneficiaries for shell companies. Until the loopholes are tightened or even closed, this type of conduct will continue.

Another phase of information is set to be released sometime in May of 2016. There are sure to be more casualties and fall-out, but most importantly there is sure to be action from the international and US governments. 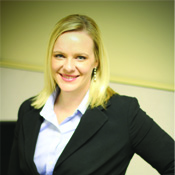 I have a love for design, organization and family.

© 2022 Capital Compliance Experts. All rights reserved.| Terms of Use | Accessibility | Site by Crux