Since the inception of Bitcoin in 2009, Cryptocurrency, has been met with major skepticism throughout the years, but one thing remains certain; it is a viable solution for many real-world applications. Powered by Blockchain technology, which both stores transaction records and validates token transactions or transfers (e.g., Bitcoin), has proven to be a promising alternative to traditional ledger and tracking systems, both from a security standpoint and its decentralized nature with no central authority.

Non-Fungible Tokens (NFTs), powered by smart contracts on the Ethereum Blockchain, are being used today to track proof of ownership of digital items like a piece of art, a concert ticket, or even equity in a company. Voting systems, secure medical record sharing, supply chain monitoring, music royalty tracking, and real estate escrow are only a handful of the potential real-world applications utilizing Blockchain Technology.

In 2022, the year started with a total market cap of nearly 2.285 trillion USD and has since fallen to almost 766 billion USD. The ~67% decrease has bruised the technology, but it is far from dead.

Cryptocurrency has had a massive impact on the money remittance sector, specifically regarding cross-border payments. The crypto industry will likely take over the cross-border payments industry. There is much debate over which exact token(s) will prove to be the best solution. Major players like Western Union and MoneyGram are slowly decreasing their market share.

There are three things to consider when standardizing cross-border payment solutions; fees, speed and accessibility.

Simply put, Cryptocurrency Miners contribute large amounts of computing power to whatever blockchain they are “mining” in exchange for a small fee for validating transactions while also creating new coins/tokens, hence the term “mining.” The fees may be big or small based on which token they are mining. It is important to note that it doesn’t matter if the transaction is $1 or $10,000,000; the fee is entirely independent of the amount and has no correlation. Both are viewed as the same in the blockchain.

Users have the ability to set their own fees for each transaction. For example, above-average fees chosen by the user will give that transaction more priority on the blockchain, which calls for faster transaction confirmation. This is due to the miner’s incentive to prioritize higher-rewarded transactions.

The larger the fee, the greater the reward to the miner, but this can lead users to shift to alternative tokens averaging lower transaction fees. Competition ultimately drives new tokens to be more competitive, which proves to be a significant advantage when looking at fees overall in the cross-border payments industry.

Speed of transfer is critical. During times of congestion, certain coins can take longer to validate, which has led to some transactions taking minutes or even hours to complete. For example, during the bull market of the summer of 2017, many Bitcoin transactions took over 2 hours to complete, especially if the user selected minimal fees. However, hundreds of new tokens have spawned and new ones are created daily. Solving this problem gives users the ability to almost instantly transfer any amount of money, anywhere in the world, for less than pennies in some cases.

When it comes to accessibility, in theory, anyone with an internet connection and web browser of some sort can access any publicly available and active token and generate their own digital wallet. A digital wallet acts as a user’s unique digital storage for their tokens. However, most countries view and regulate cryptocurrency differently; some have banned them completely.

Many countries have outlawed the use of cryptocurrencies, including China, Bolivia and Indonesia. Countries that recognize Bitcoin as legal tender are El Salvador, the Central African Republic and many other countries are expected to follow.

It is strongly anticipated that mainstream adoption to continue to increase over time due to increased awareness and acceptability by world governments.

Considering the improvement in fees, speed and accessibility, there are predictions that digital currency will eventually become the global standard used worldwide and ultimately replace physical fiat. In addition, more and more real-world applications are developed and implemented every day. 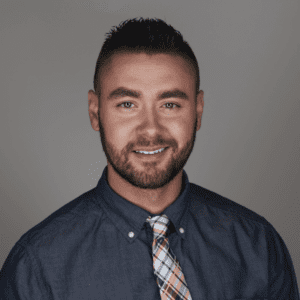 I'm a Cryptocurrency Expert, Multi-Instrumentalist, Music Producer, Dog lover, and love being outdoors, especially where the water is.